This plaque marks the site of the first public building in South Norwood. It was built in 1809–10 and opened in 1810 as a public house, the first landlord of which was John Gaywood. There was little else in South Norwood at the time except brickworks and farmland. The current workshops extending along the high level path behind the Jolly Sailor were originally the site of the Royal Sailor riding school and livery stables, where the South Norwood Volunteer fire brigade stabled its horses. 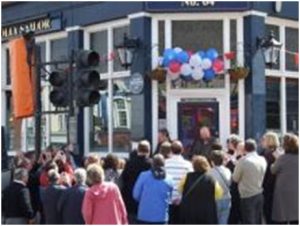 The Jolly Sailor Inn plaque was unveiled in May 2012, by the comedian Kevin Day 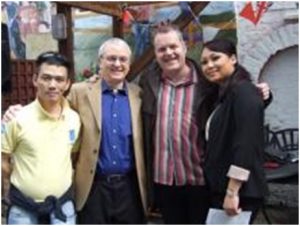