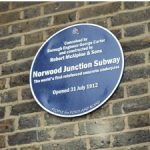 Two plaques, one at each end, mark the centenary of the opening of the railway underpass at Norwood Junction. Built by Robert McAlpine & Sons and opened in 1912, it was constructed in reinforced concrete, a revolutionary engineering technique at the time and the first of its kind in the world. The beautiful photographic murals in the underpass, The Long Way Home, by Liane Lang, were installed in 2011. For details and historical background, see www.lianelang.com/thelongwayhome/intro.html 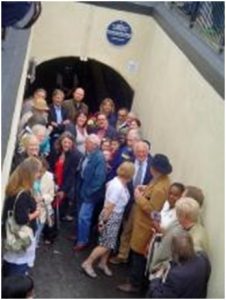 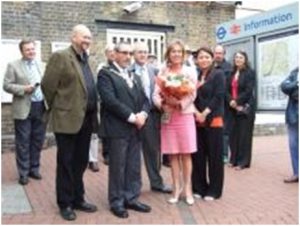